From the intricately selected vibrant and colorful patterned Ankara designs to the overwhelming and ecstatic looks on the faces of students of Day Waterman College, ‘Ankara Day’ was phenomenal!
Each material being worn in a specific way tells a story.
A story of pride, tradition and more importantly deeply rooted history.
The day started off with the buzzing and gossips of students as they admired each other’s outstanding outfits.

Although there was no fashion show this year, the perplexing atmosphere itself was an aspect to be proud of. The large smiles of the Year 7’s who had just experienced Ankara Day for the first time made by stomach tickle as I took a trip down memory lane and reflected on my past Ankara day experiences.
Beginning with the pictures with friends to the mesmerizing décor around the school to the warm smiles and compliments by those around me, Ankara Day was terrific!
In all honesty, I did not expect to be taken aghast by Ankara Day as I was in no way looking forward to it, but it certainly took me by surprise.

Truly, I regretted not showing up in the suitable Ankara attire to match the greater population of the school but that still did not change my feelings of adoration towards the day.
As Ralph Waldo Emerson once said, “beauty without expression is boring.”
Ankara day without the various styles, impressions and colours would be tedious and monotonous.
Thankfully, our Day Waterman students did not disappoint. Much to my acknowledgement, the teachers did not come to dispirit such an occasion as well. I have some favourites in my head but that’s a secret I’ll keep to myself. It is despairing to think that this was my last Ankara Day in the school, but seeing how remarkable it was, I can proudly say that the best was saved for last.

7th of February 2020 was a breathtaking day to be marked in Day Waterman College history.

Friday nights in DWC environ is time to unwind. With the assorted social events scheduled for various weekend nights, you would be hard-pressed to find a boring evening even if you tried. The variety encompassed nights of games, movies, trivia and comedy. Readily presented was the chance to socialize with fellow students of all ages. What a way to relax after all the stress of a week of school!

The Prefect’s first official social event was Trivia Night. Remembered as one of the most successful early events, Trivia Night was certainly a standard to match preceding events with. The students split into groups of ten to be tested in various areas ranging from Sports to Current affairs and Nigerian history. We even had some surprise Math rounds that shocked the participants. The winners were congratulated and presented with gifts.

Movie Nights are the most frequent social event hosted. Students would be separated into key stage groups to allow appropriate ratings with the Yr. 7-9s in the MPH with the Yr. 10-11s in the Art Theatre. They would then sit back for a night of relaxation with friends.

Games Nights were also a recurring event in the school’s social event rota. A whole school event where students could choose to socialize with students of other ages with the assorted games presented. Cards, Chess, Musical chairs, Limbo, Checkers and more were presented for the students who rushed to find activities for themselves. Others could talk with their friends while listening to music played by our own student DJ. The variety of options for the events made it a truly wonderful night.

Comedy Night first appeared in early February. A night set to remind us all of the need to laugh, it was a night that received mixed reactions. We watched funny videos, told corny jokes, and roused the crowd into a cacophony of laughter with the cheesiest pickup lines. We even had some unintentional comic relief from our social prefect midway through the event. All in all, it was a fun filled event.

As Nigeria turned 59, Day Waterman College could not stand and watch without hosting its own uniquely Naija celebration. School was suspended for the day due to the vast amount of activities planned. Students turned up in their best traditional wear from various tribes and cultures that wave the green-white-green flag to symbolize the unity in diversity that Nigeria boasts of. From breakfast we were herded into the Multi-Purpose Hall to partake in the first two hours of the celebration.

As per tradition. We were reminded of the history of Nigeria’s Independence by Mr. Lawrence and Mr. Ajibola. A short quiz then followed to test what we had learnt, with prizes for meriting students.

After snacks, the real fun began. We had presentations from each boarding house competing to entertain the crowd while pushing forward the theme of the Independence Day: Unity in Diversity. Some showcased the various styles of Nigerian dancing while others gave presentations on the hard fight that our founding fathers waged for our freedom. Traditional games and activities followed, wrapped with a traditional and thoroughly Nigerian meal of Jollof rice and Chicken with Zobo as a drink.

Normal sporting activities followed with a party in the evening to relax and enjoy. In general, it was certainly a day to remember. 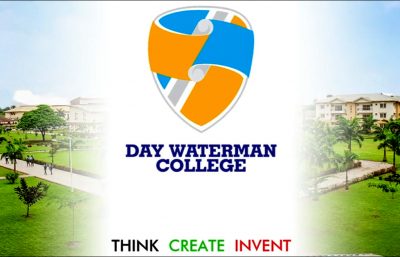